ANDREW IN THE MEDIA 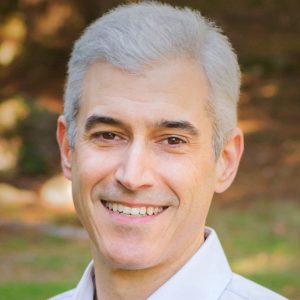 Andrew Winston is a globally-recognized expert on megatrends and how to build companies that thrive by serving the world. He is one of the most widely read writers on sustainable business in the world, with regular columns in Harvard Business Review and MIT Sloan Management Review. Andrew’s latest book, Net Positive: How Courageous Companies Thrive by Giving More than They Take (co-authored with renowned CEO Paul Polman), is one of Financial Times’ Best Business Books of the Year.

Net Positive has been called an “electrifying strategy for business success and unlike any other book you’ve read” by Merck Chairman Ken Frazier, a “wonderful rallying call” by Sir Richard Branson, and “pure heresy” by Arianna Huffington.

Andrew’s first book Green to Gold has reached more than 100,000 people in seven languages. Inc. Magazine included Green to Gold on its all-time list of 30 books that every manager should own. And his book The Big Pivot was selected as one of the “Best Business Books” by Strategy+Business magazine. Andrew is also the author of the Harvard Business Review (HBR) Magazine cover story, “The Net Positive Manifesto” and the HBR “Big Idea” cover story, “Leading a New Era of Climate Action.” His views on strategy have been sought after by many of the world’s leading companies, including 3M, DuPont, HP, J&J, Kimberly-Clark, Marriott, PepsiCo, PwC, Trane Technologies, and Unilever.

Andrew was selected for Thinkers50 list of the top management thinkers in the world. He has appeared in major media such as Bloomberg, The Wall Street Journal, Time, BusinessWeek, New York Times, and CNBC. Andrew is a highly respected and dynamic speaker, reaching audiences of thousands with an entertaining message of practical optimism: the world’s challenges are great, but business has the tools, resources, and creativity to build a thriving world. He has spoken on 5 continents, bringing his inspiration to leadership meetings of the top executives of multinationals, to large industry conferences, and to high-profile events like the World Innovation Forum and TED.

Andrew’s work is based on significant business experience and education. His early career included advising companies on corporate strategy while at Boston Consulting Group and management positions in strategy and marketing at Time Warner and MTV. He received his BA in Economics from Princeton, an MBA from Columbia, and a Masters of Environmental Management from Yale. He lives in Greenwich, CT with his wife and two sons.

How Andrew Got Started...